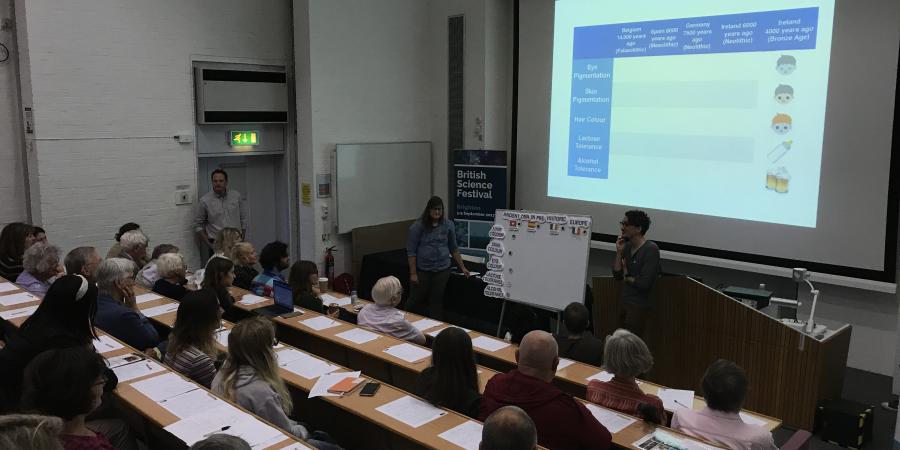 How have the genetics of human populations in Europe changed in the last 20,000 years and why? In this interactive event, we explored the genetics of prehistoric Europeans as revealed through ancient DNA analysis. We did this by addressing questions about 'recent' and recent evolution in our species and the effects of large-scale population movements.

For the session we had an interactive whiteboard with various genetic traits in which the audience had to guess whether someone from a particular period in time had a specific trait. For example, whether a Bronze Age Irishman had ginger hair, or a Paleolithic European was lactose intolerant!