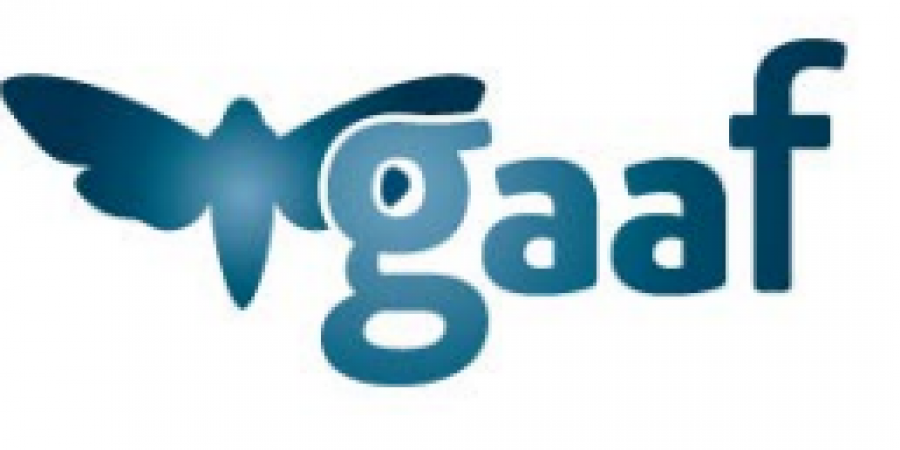 THE UNHEALTHY BODY: THE CARE FOR AND FUNERARY TREATMENT OF THE ILL AND INFIRM ACROSS THE

The language of the meeting is French, but presentations in English are also welcomed!

Visible or imperceptible, acute or chronic, disabled or slightly impaired, illnesses have continuously affected past populations. Over the course of centuries and millennia, human groups have developed varied solutions–medical, religious or juridical–when faced with such occurrences. The ill were treated in a highly variable manner according to time and place, being socially included or excluded, cared for or neglected, invested with magical powers or viewed with ignominy. But how is this reflected in the place of burial, or the care of the corpse in past societies? By placing those who suffered from various afflictions from prehistory to the contemporary world at the centre of the debate, this is the subject addressed in the 10th annual meeting of the Anthropology and Funerary Archaeology Group (GAAF).

To understand the treatment of the ill in the past from burial treatments and the spatial organisation of cemeteries comprises a real challenge for archaeological research. Indeed, until relatively recently, the individuals themselves and their remains have not been the focus of much attention in works dealing with the place of the ill within society. Up to the end of the 19th century, sufferers were only studied as part of historical treatments of charity written by researchers from the perspective of traditional Christian models. During the greater part of the 20th century, their status was principally viewed from the perspective of the history of European care institutions. It was not until the end of the century that the ill finally became true subjects of study as a result of developments in the social sciences. Since, the expansion of rescue archaeology and the development of human bioarchaeology have resulted in many more finds of individuals affected by illnesses, those who are today at the centre of scientific investigations, in the same way as care institutions and medical instruments from the past are. Drawing on the advances in this research area, the meeting will provide the occasion to formulate an outline of the evidence for the care of the ill but also to re-open discussion on the treatment of the bodies of the unwell from the perspective of funerary archaeology.

Through this international and multi-disciplinary call for papers, the conference organisers wish to provide a forum for exchange between researchers coming from diverse disciplinary backgrounds–by encouraging the participation of archaeologists and anthropologists working on varied geographical and chronological scales, as well as researchers from other social sciences and humanities disciplines, for example historians, sociologists, and ethnologists. If palaeopathological diagnosis is of great importance for addressing the relationship between human remains and the evidence for illness, this meeting will not solely have the goal of drawing together presentations principally directed at skeletal manifestations of illness. These may be addressed through particularly illustrative cases, but 10th Annual Meeting of the Anthropology and Funerary Archaeology Group 2 the social and funerary aspects will be given preference and placed at centre-stage in presentations. Oral presentations of synthetic treatments addressing the care and funerary treatment of the ill at site, regional, or national scales will be especially welcomed.

Scientific discussion will be organised around four general themes. The first three will treat the place of burial of sufferers of ill health, the funerary treatment accorded to their remains and the symbolic, prophylactic or magico-religious activities surrounding their burials. The fourth and last theme will address the contribution of archaeology to the understanding of past medical and surgical practices, as revealed through studies of human remains.

Accommodation: the places catering for the burial of the ill Accommodating the ill in dedicated establishments is a practice attested to in the West in texts since Antiquity. It is, however, principally documented archaeologically in sites dating from the later Middle Ages to the Modern period. A number of recent discoveries have helped to renew understandings of care facilities that permit further discussion of their function, such as the kind of accommodation that catered for the ill, the kinds of care offered, and the management of the dead from such institutions. When coupled with the use of written sources, this archaeological evidence permits a better appreciation of the changing status of the ill in various societies over the course of centuries–for example in the case of the “impoverished ill” or in the asylums of the “Grand Renfermement” (“great confinement movement”)–, and the positive accommodation of integration or the negative reaction of isolation which were reserved for them. Hospitals, leprosaria, plague infirmaries and their cemeteries, among other examples, based on the study of archaeological or textual evidence, could be addressed. This theme proposes to draw together contributions that treat archaeological contexts from within and outside of Europe that rely on anthropological, ethnological, or sociological approaches.

Burial: treatment of the cadaver From prehistory to the modern period, human groups have adopted variable attitudes to individuals stricken by illness or suffering from impairment which, depending on the case, work to exclude them from society or, alternatively, to integrate them fully or partially in it, perhaps even to accord them a sacred status or to attribute magical qualities to them. If the precise nature of the perception of their contemporaries eludes us in periods lacking texts, the study of their burials often furnishes a means by which to address the place the ill occupied in their communities. In considering funerary practices reflected in the treatment of their remains and the normative or deviant nature of these practices, this theme proposes to evaluate the degree to which these people were integrated in their societies in different periods and places. This question would benefit from being addressed from a multidisciplinary approach that will permit the better understanding of the means of integration or exclusion of these individuals. 10th Annual Meeting of the Anthropology and Funerary Archaeology Group 3

Accompaniments: objects, materials, and symbols The remains of individuals suffering from illness can, in some cases, be accompanied by objects or particular types of material associated with their pathological condition, for example, medicinal plants or magical talismans. These objects are sometimes found in graves in archaeological contexts. Their identification and study carry important information on the manner in which such individuals were perceived and also can reveal insights into symbolic, prophylactic and magico-religious aspects surrounding the burials of these individuals. In addition to presentations of archaeological cases, contributions from art historians, social anthropologists, ethnologists, and sociologists would contribute greatly to this theme, providing a complementary view based on other methodological approaches.

To care for, to repair, and to dissect: human remains, testaments to ante- and postmortem medical and surgical practices In addition to the light that can be shed on the funerary treatment accorded to those suffering from illness in various periods, the study of inhumed individuals can furnish information on medical and surgical practices that were employed in their treatment in some cases. Human remains brought to light from archaeological contexts sometimes carry the stigmata of invasive medical procedures, such as amputations, or from post-mortem explorations such as autopsies. Many types of appliances served as treatments or palliative care for pathological conditions, which may then accompany individuals in the grave, for example prostheses and hernia belts. These archaeological indicators of past medico-surgical practices, which may not relate directly to the performance of funerary practices, permit understanding of certain aspects of the treatment of the body due to infirmity. From another perspective, they also permit discussion of the care sufferers received from their contemporaries. This theme will draw together archaeologists, anthropologists, but also medical historians and medical practitioners, whose contributions would bring unique reflections on technical and functional aspects of remedial care procedures of past populations.

Paper and poster proposals can be sent to the organising committee by e-mail before 1 November 2017. These should be accompanied by an abstract no longer than 300 words and an indication of the themed session in which the author(s) wish to participate.

Each oral presentation should be 20 minutes in length. A discussion involving all participants in the themes will follow at the end of each session of presented papers. Brief oral presentations of posters will also be organised during the meeting.

The scientific committee responsible for evaluating paper and poster proposals will meet in January 2018 to review contributions and establish a programme.

Please send your proposals on the attached form to: rencontre2018@gaaf-ass